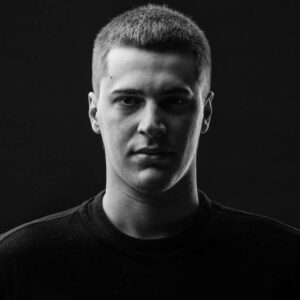 This electronic music enthusiast started mixing and experimenting with music in his teens, and has imposed his style in perfect harmony with his public’s expectations ever since. As he journeyed deeper into the art of electronic music, the options for how to perform his music live were constantly multiplying, so, in 2012 he also became a producer and his way of feeling and understanding electronic music changed completely. It would take a long essay to fully explain Zvan’s meaning of electronic music. He has perfected, personalised and refined his technique by playing at numerous gigs. Equally at ease on turntables or any other setup, his groovy and uplifting sets are rumoured to be inspired by the likes of Ricardo Villalobos, Raresh, Petre Inspirescu, Cezar, and are both versatile and daring.
Fobos Hailey on Facebook

Tzinah Records: Could you remember when and where have you felt it for the first time that you were to become a music artist?
Zvan: First time when i felt i will become an artist was in 2021 at Sunwaves festival. From that moment on, i knew what i trully want to do with my life.

Tzinah Records: Why did you choose to create and play this particular type of music? Are there any artists that touched you deeply while developing your own style?
Zvan: I started playing techno and progressive house, and with time i leaned towards something more melodic and with more harmony. There are a lot of artists that touched my sound and the most inspiring is Petre Inspirescu.

Tzinah Records: Without giving out too much about your secret weapons, please tell us how does the magic work in your production routine. Software? Analog? What does your DJ set-up imply?
Zvan: It can’t be called magic, its about lots of hours spent in the studio and patience. As a producer i work with sintetizatoare, rhythm machines, sound processors and a small eurorack system.

Tzinah Records: What are the aspects of your daily life that are influencing the shape and sound of the music that you currently make?
Zvan: The hours spent in the studio and the ideas that come there.

Tzinah Records: Which underground house DJ or producer would you love to take out for a summer picnic? With which artist (from any music genre) would you spend 24 hours stuck in an elevator?
Zvan: As i said above, I would choose Petre Inspirescu and Sepp

Tzinah Records: Have you already played in your most-dreamed about venue? Which one is that?
Zvan: Nope, didn’t played there yet, i would love to have a gig at Robert Jhonson from Frankfurt.

Tzinah Records: What motivates you to be an active part of the underground movement?
Zvan: The sound that i’m trying to make perfect lately.

Tzinah Records: What’s your favorite type of breakfast?
Zvan: Don’t really have one, but i can choose egg and bacon.

Tzinah Records: What do you do when the music is not playing?
Zvan: Helping my family with chores.

Tzinah Records: What’s the story behind your Tzinah Family Podcast? How did you record it and are there released or unreleased tracks?
Zvan: The podcast is recorded with cdjs, there are no own productions into this one.

Tzinah Records: Are there any of your plans/upcoming projects that you would like to share with us? Where can we see you play next?
Zvan: At the moment there are no plans and no scheduled events.

Tzinah Records: Supposing you come back reading this interview in 10 years from now; could you try saying something to your future-self?
Zvan: Being the first interview that i write, for sure i will remember it and for for ten years older me… lots of inspiration and devotion.