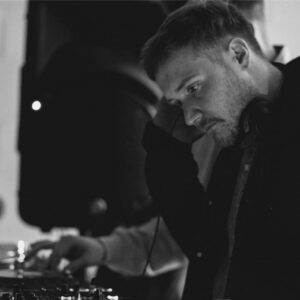 Whyt is a DJ/producer hauling from the outskirts of London, he has been making an impact on the underground scene for a while now playing at some of the coolest parties and venues London has to offer. He has also landed himself releases on top imprints such as the Lab, duboka, Tzinah, urban midi and phonic house1 just to name a few examples. His signature sound of floaty synths and driven bass lines are some what captivating and is definitely helping craft his own sound. Now apart of London imprint animism you can expect to see his name popping up a lot more.
Whyt on Facebook

Thank you for taking the time!
Through this interview, we’re hoping to get to know you better as an artist; we’d like you to complete it in full, but, if you come across any question that you don’t feel comfortable answering, there’s not a problem, just skip it!
Also, since many of our Tzinah artists’ native tongue is not English, we take the liberty of correcting any typos/spelling/word arranging errors in editing the final version of your answers; don’t worry, it happens! We’re just trying to make it as clear and as concise as possible for our readers.

Our questions:
Tzinah: To start with, please, recommend us something to listen to while we go through this interview. It can be anything.
WHYT: I think the perfect thing to listen to is anything by the artist greentea peng. It’s very nice and chilled

Tzinah: Could you remember when and where have you felt it for the first time that you were to become a music artist?
WHYT: I think for me the first time I felt like I wanted to become a music artist is when I was at an AOD event at studio 338 and Cristi cons was playing outside, something just clicked in my head and I knew this is what I wanted to do.

Tzinah: Why did you choose to create and play this particular type of music? Are there any artists that touched you deeply while developing your own style?
WHYT: The reason I started producing the music I do is because I started to get into the Romanian music scene and was hearing music that I had never heard before. One artist that really inspired me musically was raresh I’ve just always been amazed on how he plays at events, always blowing my mind.

Tzinah: Please, briefly, describe for us, the current state of the underground music scene in the place you come from. Is it any good?
WHYT: The underground scene here in London is as lively and vibrant as it’s always been. You can find your self dancing in forests and under railway arches or even end up spending whole weekends partying on canal boats.

Tzinah: Without giving out too much about your secret weapons, please tell us how does the magic work in your production routine. Software? Analog? What does your DJ set-up imply?
WHYT: I try to get in as much time as I can with producing but can be challenging as I work Monday to Friday. At the moment I’m using ableton because I feel like the accessibility To the functions on nicely laid out, I don’t use to much hardware at the moment because I haven’t really got the space for it but I use a lot of plugins to help me craft my sound.

Tzinah: What are the aspects of your daily life that are influencing the shape and sound of the music that you currently make?
WHYT: I think what helps me to shape my music from my daily life os listening to a lot of podcast on soundcloud or searching YouTube for new music. I find you can get a lot of inspiration From listening to other people work.

Tzinah: Which underground house DJ or producer would you love to take out for a summer picnic? With which artist (from any music genre) would you spend 24 hours stuck in an elevator?
Tzinah: I think I would take Ion Ludwig out for a summer picnic because I would love to pick his brains about production. If I was to be stuck in an elevator with someone it would probably be Lewis Capaldi because he seems like a really funny guy and I think a good sense of humour would be needed in that situation.

Tzinah: Have you already played in your most-dreamed about venue? Which one is that?
WHYT: I haven’t yet played in my dream venue. For me it would Fabric.

Tzinah: What motivates you to be an active part of the underground movement?
WHYT: I think the thing that motivates me the most about being involved in the underground scene is the connections you make with strangers. I have formed man close friendships over the years with people from all over and I will always be grateful for that.

Tzinah: What’s your favorite type of breakfast?
WHYT: My favourite breakfast is a pretty simple one; poached eggs on toasted bagels with a latte to wash it down.

Tzinah: What do you do when the music is not playing?
WHYT: When the music stops playing I go back to my normal life which is plumbing for my day job.

Tzinah: Are there any of your plans/upcoming projects that you would like to share with us? Where can we see you play next?
WHYT: I’ve recently become a resident for an event/London over here in London called animism, we have hosted a few event and have many more up and coming and we have also got our first vinyl release coming out soon which is by bexu and has a remix from myself.

Tzinah: Supposing you come back reading this interview in 10 years from now; could you try saying something to your future-self?
WHYT: All I can say is keep doing what you love !