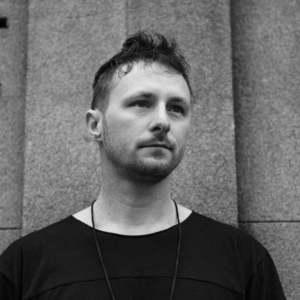 Jackson Nichele aka Jack Cheler DJ and producer of Santa Catarina is proof that there is always room for those who immerse themselves in their work and dedicate themselves to achieve their goals, even in a market as competitive as electronic music. The love he has cultivated for music since childhood is his main guide in this professional journey that adds achievements.
Jack is one of the most experienced DJing names in the Vale do Itajaí region and meets with punctuality many of the characteristics that make up a great artist in the electronic scene.
Cheler has been intensifying his studio work and adding to all his experience at the regional and national levels, he is a rising talent, with the same brilliance in the eyes of a young man who is passionate about music and the maturity of a professional with a decade of experiences within this scenario.
Even with little study time, he has already made important releases for labels that are references in the area, among them Tzinah(ro), Serialism Records, Handcrafted Label, Vandalism, Welter Records, Not For Us, Tip Tap, Playperview.
Currently residing in one of the most prestigious clubs in Santa Catarina, the Matahari Super Club is located in Indaial .
Jack Cheler on Facebook

Tzinah Records: To start with, please, recommend us something to listen to while we go through this interview. It can be anything.
Jack Cheler: I Love to listen blues/jazz music.

Tzinah Records: Could you remember when and where have you felt it for the first time that you were to become a music artist?
Jack Cheler: At the last class time when I have 16 years old, because I was called to do the class parties with my colleagues.

Tzinah Records: Why did you choose to create and play this particular type of music? Are there any artists that touched you deeply while developing your own style?
Jack Cheler: Because I wanted to make something that sounded different from what happens in the scene in my country. My favorites are Petre Inspirescu, Barac , Ricardo Villalobos and Raresh .

Tzinah Records: Please, briefly, describe for us, the current state of the underground music scene in the place you come from. Is it any good?
Jack Cheler: I can say today that the scene here in Brazil it is in evidence, because we have here amazing clubs like Warung, D-edge, Terraza and now the Surreal Park and we have too little labels.

Tzinah Records: Without giving out too much about your secret weapons, please tell us how does the magic work in your production routine. Software? Analog? What does your DJ set-up imply?
Jack Cheler: I usually use more software like Ableton live. Researches about old videos . I am a vinyl collector about House music and Minimal. And I use to play Pioneer and Technics.

Tzinah Records: What are the aspects of your daily life that are influencing the shape and sound of the music that you currently make?
Jack Cheler: in my daily routine the most influence is im watching e tv movies and listen one element that I can use in my music and listen my friends artists.

Tzinah Records: Which underground house DJ or producer would you love to take out for a summer picnic? With which artist (from any music genre) would you spend 24 hours stuck in an elevator?
Jack Cheler: if I would make a picnic I will invite Barac. And if I stay locked in a elevator Ricardo rssssssssss.

Tzinah Records: Have you already played in your most-dreamed about venue? Which one is that?
Jack Cheler: yes recently I played at in my dream club here number one in Brasil called Warung Beach Club.

Tzinah Records: What motivates you to be an active part of the underground movement?
Jack Cheler: because I don’t wanted be the same as others.

Tzinah Records: What do you do when the music is not playing?
Jack Cheler: I love to be with my family, go to the beach, go to the playground with my daughter.

Tzinah Records: Are there any of your plans/upcoming projects that you would like to share with us? Where can we see you play next?
Jack Cheler: I am thinking about the transition between create more tracks for to be more expressive dj and producer. And I will return to play at Warung in august and in September.

Tzinah Records: Supposing you come back reading this interview in 10 years from now; could you try saying something to your future-self?
Jack Cheler: I would say to myself to never give up on my dreams.