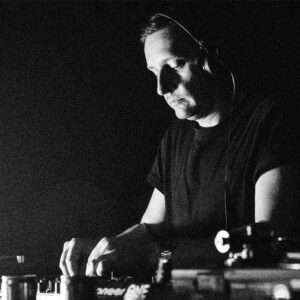 Tzinah Records: To start with, please, recommend us something to listen to while we go through this interview. It can be anything.
Electricano: As a meloman, I listening to very different kind of music. And I can recommend from Frédéric Chopin, Erik Satie to Depeche Mode and Björk. But as an artist in project called Electricano, I would like to recommend listen to my latest podcast for Tzinah Records.

Tzinah Records: Could you remember when and where have you felt it for the first time that you were to become a music artist?
Electricano: I don’t remember that moment, when I recognised that I want to be a music artist. It happened invisible, slowly, step by step. At the beginning, when I was 5 years old, I recognised that I love music, I remember that moment pretty clearly. I was just listened to my older brothers music, what their listened to. It was different rhythmic music like italo disco, funk, first electronic music as Kraftwerk and so on. Later I started to collect my own music collection. First music production experiments was in late nineties, when I get my first PC and first music software. After few years, I was giving my first tunes to local dj’s. They was starting to play them in the clubs, and also on they radio shows. When I heard first time my track on the house music radio show, maybe, then It was the beginning of my artist career.

Tzinah Records: Why did you choose to create and play this particular type of music? Are there any artists that touched you deeply while developing your own style?
Electricano: Because I become a big fan of house music. And, of course, I was inspired by that time music and artists like Daft Punk, DJ Sneak, Ricardo Villalobos, Richie Hawtin and many more. Now I still being inspired by new music experiments in different genres.

Tzinah Records: Please, briefly, describe for us, the current state of the underground music scene in the place you come from. Is it any good?
Tzinah Records: It’s a little bit painful question… Now we slowly reanimate our scene from virus aftermath. And geopolitical situation, unfortunately, not looking very promising right now… But we doing parties, and planing to invite guest dj’s from other countries.

Tzinah Records: Without giving out too much about your secret weapons, please tell us how does the magic work in your production routine. Software? Analog? What does your DJ set-up imply?
Electricano: My studio setup is pretty minimalistic. I love to keep it clean, without to many gear. That works for me pretty good. Laptop, audio interface, audio monitors, headphones, midi keyboard. That’s all I need for music production. My virtual workstation is Ableton Live, now it is version 11. Perfect DJ setup for me is: First thing, is mixer, very important for me. I love Allen & Heath mixers, Xone 92 or 96. But Rane mp2015 is also cool. Of course two linked digital decks, Pioneer CDJ’s or XDJ’s. And two vinyl decks, standard, well known Technics 1210 mk2.

Tzinah Records: What are the aspects of your daily life that are influencing the shape and sound of the music that you currently make?
Electricano: Nature, Universe, Life.

Tzinah Records: Which underground house DJ or producer would you love to take out for a summer picnic? With which artist (from any music genre) would you spend 24 hours stuck in an elevator?
Electricano: Funny question ) Maybe, it would be Ricardo Villalobos.

Tzinah Records: Have you already played in your most-dreamed about venue? Which one is that?
Electricano: I already have played in few very good locations. But I also would like to play in DC 10 on Ibiza and Sunwaves festival in Romania.

Tzinah Records: What motivates you to be an active part of the underground movement?
Electricano: It’s a passion to the music, and happiness when I see dancing crowd in the front of me.

Tzinah Records: What do you do when the music is not playing?
Electricano: Without music in my life, I think I would become a full time IT specialist.

Tzinah Records: What’s the story behind your Tzinah Family Podcast? How did you record it and are there released or unreleased tracks?
Electricano: I have record it at home. I’d used mostly fresh music material. Few unreleased promos and also my own track, that will be released this year on Tzinah Records.

Tzinah Records: Are there any of your plans/upcoming projects that you would like to share with us? Where can we see you play next?
Electricano: I plan to organise my own events this spring and summer. With some international guests. Forthcoming dj set will be in march, in Riga, more info will be available soon on my social network pages.

Tzinah Records: Supposing you come back reading this interview in 10 years from now; could you try saying something to your future-self?
Electricano: I told you, everything will be fine )