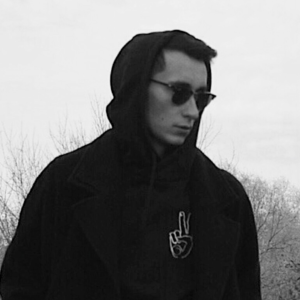 Assertive, uncompromising, Fobos Hailey knows the craft of creating electronic music inside out, feels the beat and the desire of people on the dancefloor. Tenacious and energetic, he heats up the groove track by track in his dj sets. He masterly brings up the perfect sensitive selection and creates explosive mixtures of exclusive tracks of the old and new school. Kazan musician, DJ and promoter – Faruk Ishtuganov. Faruk is one of the founders of M.I.R. project, the curator of the Insiders project, the Kazan underground scene and a dear friend of the breakbeat community in Russia. Since 2010 Faruk has been hosting the ‘Labyrinths of Mind’ radio show on Pure FM (USA), which attracts more and more people all over the world and echoes in their hearts. Starting from 2020 Faruk started a new project as Fobos Hailey, became a resident of Conсeptual records label. Determined in his musical experiments, all-round music lover spends days and nights in the studio. This spring ‘Tripping’ and ‘Bubbles’ came out on Elarum label which is known for the great works of Olivian Nour, Nima Gorji, Kirik, iO (Mulen) and other house and techno artists. The upcoming EP with the tracks ‘Piggy Bank’, ‘Cosmogaze’, ‘Nothing’ and ‘Sleep’ will be released on the Romanian label Tzinah records this summer.